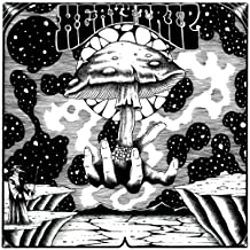 Re‐release of the quickly sold out vinyl version oft he self titled debut by Canadian
jamrockers Heavy Trip
FFP: Earthless
"Majestic riffstorm sloping down the Coast Mountains in the province of British Columbia, Canada, orchestrated by the power trio Heavy Trip with their fresh self‐released debut LP.
The sonic equivalent to the "heroic dose” ...
Read More