AVOW is the sixth full-length album from the mysterious influential avant-garde Australian death metal surrealists PORTAL set for release on May 28th on CD/LP/Digital. AVOW is the follow-up to 2018’s acclaimed album ION. Chemlab – Burn Out At The Hydrogen Bar – CD

Bursting out of Washington DC in 1989, Chemlab soon made a name for themselves, touring with Nine
Inch Nails, White Zombie, GWAR, and more. Long considered their finest hour, this deluxe edition of
Burn Out At The Hydrogen Bar, has been remastered direct from the original DAT tapes, long thought lost ...
Read More Our third issue for The Epic Soundtracks collection is Change My Life. Released on 23 of April of 1996 this was the third solo album by Epic. Another masterclass of songwriting at a difficult time for songwriters.

Here again we have his amazing piano ballads, following a similar path to that of his heroes ...
Read More 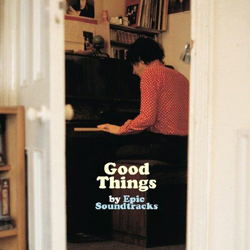 Last recordings by songwriter Epic Soundtracks, recorded at home with his friend
Kevin Jr.TRACK LISTING
A SIDE / 1. I DO DECLARE 2.SOONER OR LATER 3 DEDICATION 4 I GOT TO BE FREE 5 MAYBE YOU'RE RIGHT 6 GOOD THINGS COME TO THOSE WO WHAIT 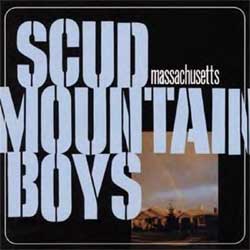 Reissued for the first time since the release in 1996, Massachusetts is the landmark of Scud Mountain Boys’ career.

An intense, sparse, acoustic, and melancholic melodiousness album that fits into the alt-country movement with bands like Uncle Tupelo, Whiskeytown, Palace Brothers , and Lambchop. Back in late 1993, early 1994, it was cold. Stephen Desaulniers, Joe Pernice, and Bruce Tull recorded a bunch of beautiful songs with one microphone in Tull’s kitchen in Northhampton, MA. Originally released only on cassette, the Massachusetts label Chunk made this album available in 1995. Contains beautiful, delicate original acoustic songs as well ...
Read More Mapache is proud to present the original Joe & Bing’s first album Daybreak.There aren’t many records as magical, as transcendent and as deserving of rediscovery as this one. This is the adventure of two young american songwriters who had the chance to get in the studio with Brazilian composer, arranger and superstar Deodato. 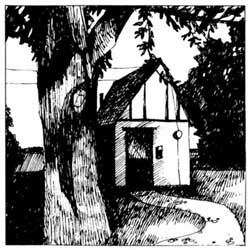 Back in 1975, singer-songwriter Naomi Lewis entered the studio to record her first album, Cottage Songs. The result was a beautiful album inspired by family, friends, god and nature. Blending touchstones of soft rock, pop and dreamy singersongwriters with Lewis’ cherubic voice, her albums have been praised as pinnacles of the privately- issued folk ...
Read More 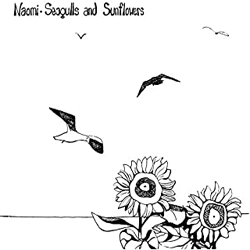 1976’s Seagulls and Sunflowers is Naomi Lewis’ second. This is the result of a young songwriter’s dream. She was involved in all the process from songwritting to vinyl pressing to be sure that her second album was exactly as she wanted It to be. And It worked. Acclaimed by genre fans, Seagulls ...
Read More Paul Parrish – The Forest Of My Mind – Vinyl

Arranged by Mike Theodore and prolific guitarist Dennis Coffey—who later worked together on Rodriguez’s Cold Fact—1968’s The Forest of My Mind is a solid dose of soul-soothing mellow tunes, rich with captivating pastoral odes. The album is a unique synthesis of pop, folk and psychedelic sounds flecked with a touch of Donovan Leitch-like whimsy, ...
Read More 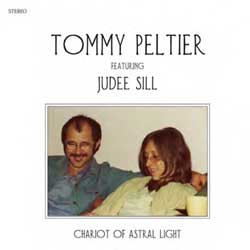 Tommy Peltier was born in New Orleans and came out to Los Angeles with his mom on his 13th birthday. A decade later he was a regular playing cornet with his group the Jazz Corps at the famous jazz club, The Lighthouse. In 1966 the Jazz Corps cut an album for Pacific Jazz ...
Read More 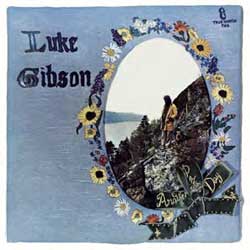 Recorded in 1971, “Another Perfect Day” is Luke Gibson’s first solo album. A veteran of the garage blues group Luke and the Apostles and the psych pop Kensington Market, Gibson now turned his focus inwards to produce one of the best (and most underrated) singer-songwriter albums to be released in Canada in the 70’s. 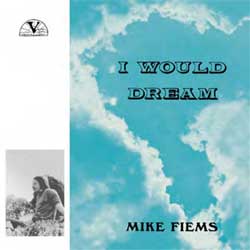 Mike Fiems – I Would Dream – Vinyl

Mapache invites you to the amazing dream of Mike Fiems. An impressive mixture of sunshine folk pop. A true musical adventure produced by legendary Vernon Wray, an outlaw from the music business who helped to create one of the most beautiful secrets of the seventies. Recorded at The Record Factory in the Arizona Desert ...
Read More Sulatron Records is happy to release the monumental second album by this south German band!
On their most mature output, in best retro sound, [ELARA SUNSTREAK BAND] presents a high versatile album of 4 long tracks. In the space fog of Nexus the three cosmonauts celebrate a progressive psychedelic record on which monologues ...
Read More